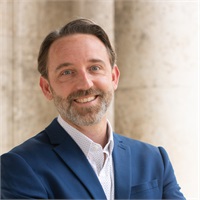 My name is Chad Stine. I’m transitioning out of the field of medicine and into 365 Wealth Partners.  I grew up In Louisville, KY until elementary school when the economy forced my dad, a union welder, to relocate us to Florida.  Although we moved back up to Southern Indiana, it was my goal to return to Florida.  My academic success in high school earned me a scholarship to Indiana State University and I chose to pursue a career as a physician. While earning my bachelors of science in Biology and minor in Chemistry in 1999, I was also accepted into several medical schools.  I chose to attend medical school at the University of Louisville but the estimate of tuition and fees was shocking to a first generation college graduate from a middle class family.  I applied for and was accepted to the Health Profession Scholarship Program in the United States Air Force, allowing a middle class guy to give back to his country while avoiding a mountain of student debt.

Before my time in the military, I achieved my goal of returning to the Sunshine State and started my residency training in Anesthesiology at the University of Florida.  During this time, I met my wife, Britten, who was in Nursing school at UF.  After completing our training, we were lucky to be stationed in the panhandle of Florida at Eglin Air Force Base.  During my four years of active duty service, I helped take care of active duty, retirees and dependents at home as well as a tour in Iraq.  Britten was able to use this time to earn her Nurse Practitioner license.  At the end of my military career, we had our first son and we decided to return to civilian life in southwest Florida, where my wife grew up.

After living in Fort Myers for a year, I was offered the chance to work in Naples and Britten began her career in aesthetics.   It was around this time that my relationship with Breanden Kelly began.  I knew him as the husband of Britten’s childhood friend, Dana, but I quickly realized that he wasn’t only a friend.  As my career advanced, Breandan taught me the importance of managing my finances, something that a middle class kid doesn’t think about.  I became a client and he quickly became a mentor.  Following his sound advice and education, I was able to learn and observe the benefits and strategies behind sound wealth management.  When the recent pandemic happened, my interest in investing intersected with my career in medicine.  Thanks to Breandan’s strategies I was able to navigate the financial crisis with confidence and I realized I wanted to provide that same peace of mind to others.  When he offered a chance to work with him, it was the perfect situation.  I recently enrolled in graduate school to further my education in finance while I work because of my belief in continuing education to stay current with the advances in all fields.   I’ve always thought of my role as an anesthesiologist as taking care of the whole patient so that the surgeons could concentrate on their job.  I look forward to bringing that same role to my clients’ finances.