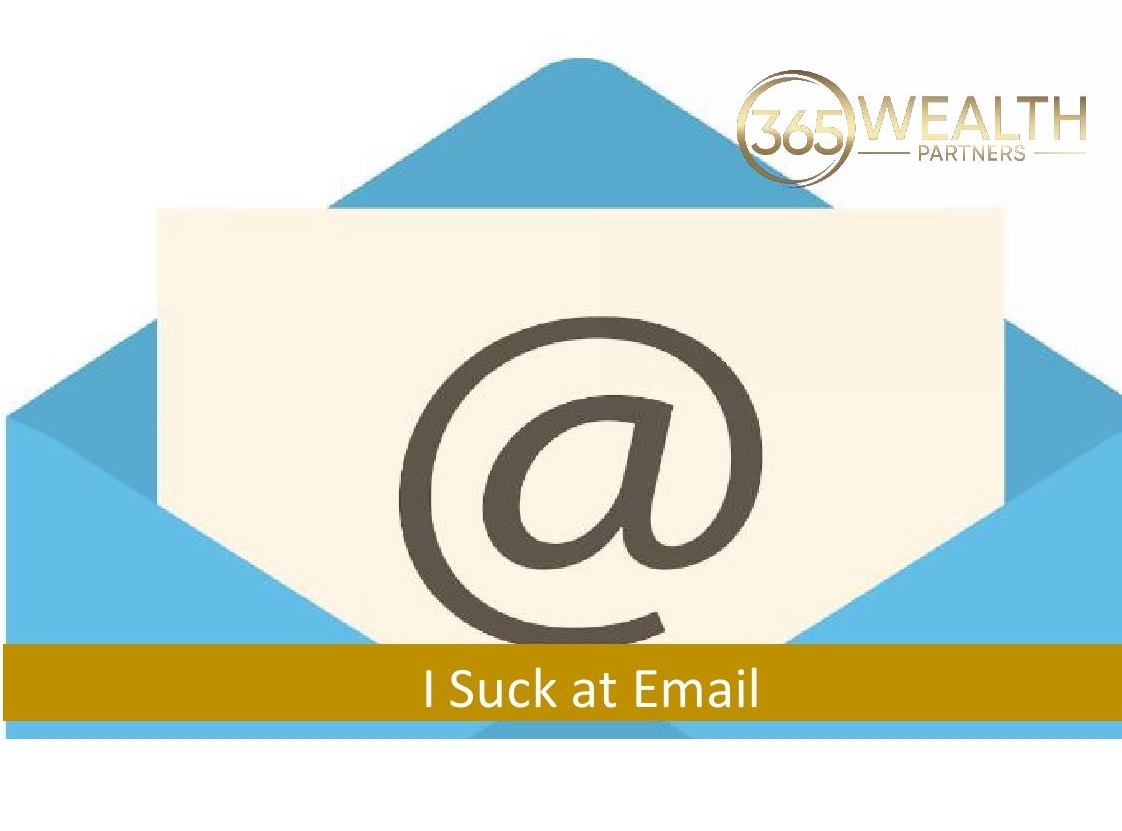 I suck at email

My father worked at Fifth Third bank for a very long time.  I believe he started at the company sometime in the early 90s, and even if im wrong I won’t admit so let us accept this as fact.  I do know without question that a large part of his long-term compensation package, as a mid to upperish level management employee, was granted to him through stock options.

Lemme ‘splain somethings about options to you as a form of employee compensation- essentially, companies give you company stock but only in the future and only if the stock has attained a certain price.  In 1996 Fifth Third Bank (FITB) stock traded at 17$.  It was around this time that my dad started to receive his options that were scheduled to “come due” 10 years in the future.  It was, roughly, this year that bank stocks really started to take off.  Huge amounts of mergers and acquisitions (FITB was a very active acquirer during this time) splits, special dividends you name it- financials were cruising.  The options being granted to him-the pieces of paper with no current value but a future value of somewhat epic proportions(I believe if he were to have received full value for these options they would have totaled over 2 million dollars in mid 2000s dollars, which is…like…more in todays dollars)- were all set to “payoff” if FITB stock was over 30,40,50,60  dollars into the year 2010.

For the remainder of his life, and still to this current day, FITB has stayed under 30$ for all but a brief 6-month period.  His entire retirement package was worth less than a Jelly of the month club subscription (“Clark that is the gift that keeps on giving aaaallll year!” Christmas Vacation was his favorite movie).  Although my brother and I, in our mid to late teens through FITB’s precipitous fall, never felt the visceral effects of this, I’m certain there was some emotional osmosis involved.

My own experience of investing during this time was to take all of my lawn mowing money, money I made from refereeing soccer and basketball games at the YMCA, and all the money I made from work at The Magic Castle (a local Chuck E. Cheese variant) and plowing it into the hottest “dot-com” names of the era. I lost everything.

I know there’s nothing I could have done as a teenager to help my father prepare for potential outcomes.  However, it has become our firm’s main focus now, and as my axe has been sharpened over the last 20 years…something dawned on me recently.  He could have insured all his options for PENNIES on the dollar.  Unfortunately, I don’t think he really could have even come up with these pennies at the time…but still, to know that there was something he could have done…eats at me.  Why couldn’t someone….anyone say at like a bank or something…like the actual expletive bank he worked at…offer him some of these customized risk management strategies?

A cauterized lesson I’ve learned over the years is that bank advisors may send a great Christmas ham and may take you golfing once or twice a year…but customized risk management strategies is not their game.  Also, even really really smart people have a tough time grasping “tail-risk scenarios”(these are low probability high impact events- as plotted on a bell curve) and alternate histories.  “SEE Breandan I told you we didn’t market protection because the market went up!”. Ahem.  What this means is, even if someone had approached him with the proper strategy to protect against this implosion, and even if he had the money to put the strategies into place…he still might have said no!

As im sure you’ve grasped and are grasping…my focus and passion of understanding markets comes from the psychological aspect.  What people do and why they do it usually have nothing to do with a spreadsheet.  I am, literally, hard-wired by my experiences to be a tail-risk manager. I am PHF (pursuing higher functioning) ways to prepare for upside tail-risk scenarios as the desire and ability to prepare for downside scenarios is baked into my soul.

I will leave you with a- just thought of these things off the top of my head- list of potential events that could create some, or even a lot, of downside or upside…or not:

Now, we are relatively prepared for these events and anything else you can think of…how can this be?  The name of the hurricane is irrelevant…just put the storm shutters up, gas up the generator, go buy 17 million bottles of water and an equal amount of toilet paper and call it a day.  But if hurricane “GON’GETCHA”(the names were particularly strange this year) turns offshore you need to be prepared for that as well…and we are…though we do not rest on these feelings of adequate preparedness.  We go check the bolts on the shutters one more time.  Fire up that generator and give it a test run.  Go get one more case of water and 600 more rolls of toilet paper…make sure that we have made sure.

Please call with comments and questions. Don’t email. I suck at email.

The opinions voiced in this material are for general information only and are not intended to provide specific advice or recommendations for any individual. All performance referenced is historical and is no guarantee of future results. All indices are unmanaged and may not be invested into directly